Andy Ramjattan: Bass Guitar
Andy has been playing guitar in various forms, from acoustic to bass and electric, in and around Toronto for most of his life. Born and raised in Toronto, Canada, Andy has a keen sense of rythmn and has often doubled as a percussionist for ATB's acoustic songs and gigs. Andy is a co-founder of Across The Board with Jacqueline and manages the equipment and staging of the band's performances and videos, heading the ATB crew of lifelong neighborhood friends who make up the band's supporting cast of characters. 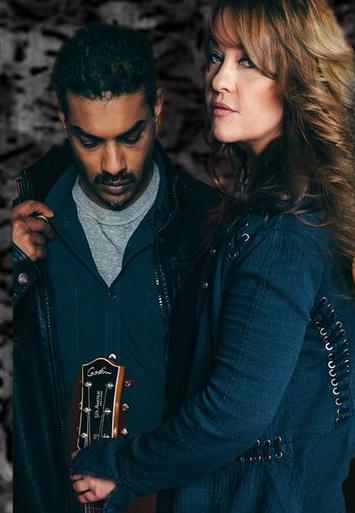 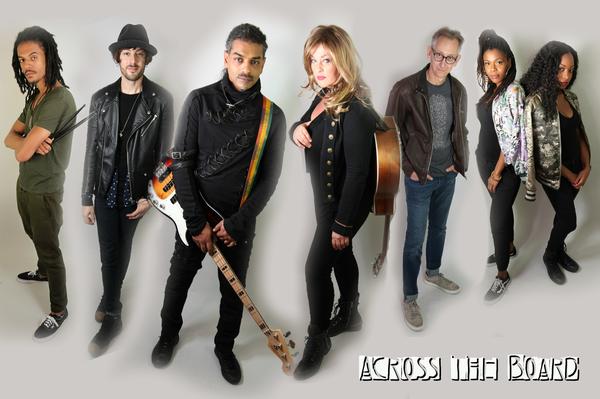 Across The Board (ATB) is an award-winning Canadian pop rock band of multi-instrumentalist musicians with over 600 Youtube videos, and 5 studio albums, who seamlessly combine creative talents to push their pop-rock sounds to the edge of the rock 'n roll envelope with harmonious power vocals and catchy electric guitar riffs. Forged from garage jams and basement Youtube sessions, “Across The Board” finally broke out of the internet box with their debut album “Jane On Fire” in 2016, followed by an EP "Amends" in 2017 and their second full length album "Sonic Boom"in 2018. After a successful national tour, the release of their 4th studio album "Live In Studio", ATB just released their newest record "Wild Ones"-produced by MC2 Music Media. LISTEN TO WILD ONES HERE. Having recently won an INDIE MUSIC HALL OF FAME award and two GOLD MEDAL GLOBAL MUSIC AWARDS FOR Band and Album for "Sonic Boom", Across The Board has also been nominated for four Josie Awards for Band, Song and Album of the year 2018 for "Sonic Boom" and a GMA Covenant Award for Best Rock Album. ATB won The Radio Music Award for Best Rock Song 2018 by Indie Music Channel and previewed their newest album "WILD ONES" to a full house at Toronto's iconic OPERA HOUSE just prior to Junos 2019.

Jacqueline Auguste: lead singer/Acoustic guitar
Born and raised in Camrose, Alberta, having moved to Toronto in 2002, Jacqueline comes from a concert/stage band background and is a multi-instrumentalist, playing a variety of woodwinds including oboe, flute and saxophone; drums/percussion, and various stringed things including guitar, ukelele, mandolin, cello, piano and ukelele. Jacqueline is the lead-singer and principle songwriter for ATB, as well as taking lead on the creative aspect of Youtube channel video recording, editing and production. .